Get Interesting Photos Direct To Your Email
Sign up for our newsletter and receive unique photos for your viewing pleasure!
We hate SPAM and we promise to keep your email address safe.
No thanks, I have already subscribed!
Thank You
Follow Us Follow @allrefer Pinterest
AllRefer.com > Pictures & Images > B-2 Spirit bomber - Keeping Spirits high 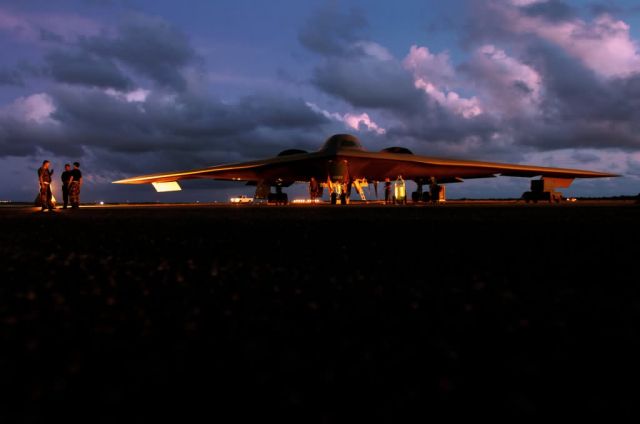 ANDERSEN AIR FORCE BASE, Guam—Aircraft mechanics prepare a B-2 Spirit bomber before a morning mission here. Bomber aircraft have had an ongoing presence on the island since February 2004. The Airmen are deployed from the 509th Bomb Wing at Whiteman Air Force Base, Mo. (U.S. Air Force photo by Master Sgt. Val Gempis)