Get Interesting Photos Direct To Your Email
Sign up for our newsletter and receive unique photos for your viewing pleasure!
We hate SPAM and we promise to keep your email address safe.
No thanks, I have already subscribed!
Thank You
Follow Us Follow @allrefer Pinterest
AllRefer.com > Pictures & Images > B-2 Spirit bomber - Cruising Spirit 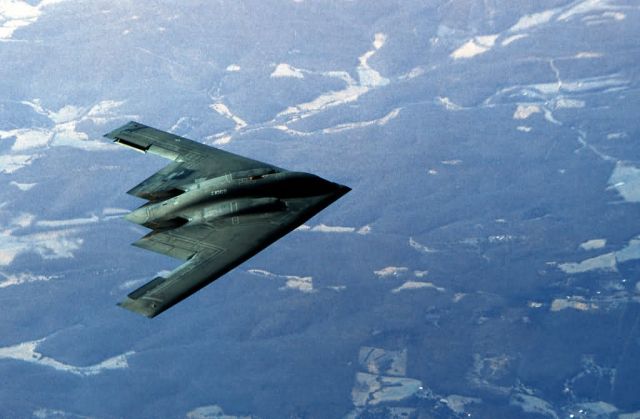 FILE PHOTO—A B-2 Spirit bomber cruises through the sky after a refueling mission. Air Force aircraft including the B-2, B-1B Lancer, B-52H Statofortress, F-15E Strike Eagle, F-16 Fighting Falcon and AC-130H/U Gunship have flown more than 15 percent of the combat missions over Afghanistan. These aircraft have dropped about 10,000 tons of munitions more than 75 percent of the Operation Enduring Freedom total. (U.S. Air Force photo by Gary Ell)