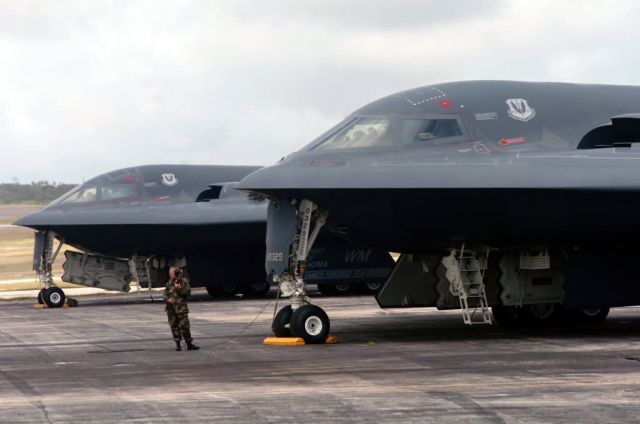 ANDERSEN AIR FORCE BASE, Guam—Senior Airman Mindy High prepares to launch a B-2 Spirit bomber during a mission here. The B-2s deployed here Feb. 25 to provide U.S. Pacific Command officials a continuous bomber presence in the Asia-Pacific region, enhancing regional security and the U.S. commitment to the Western Pacific. Bomber aircraft have had an ongoing presence on the island since February 2004. Airman High is a crew chief from the 509th Bomb Wing at Whiteman Air Force Base, Mo. (U.S. Air Force photo by Master Sgt. Val Gempis)