Get Interesting Photos Direct To Your Email
Sign up for our newsletter and receive unique photos for your viewing pleasure!
We hate SPAM and we promise to keep your email address safe.
No thanks, I have already subscribed!
Thank You
Follow Us Follow @allrefer Pinterest
AllRefer.com > Pictures & Images > B-1B Lancer - Back in action 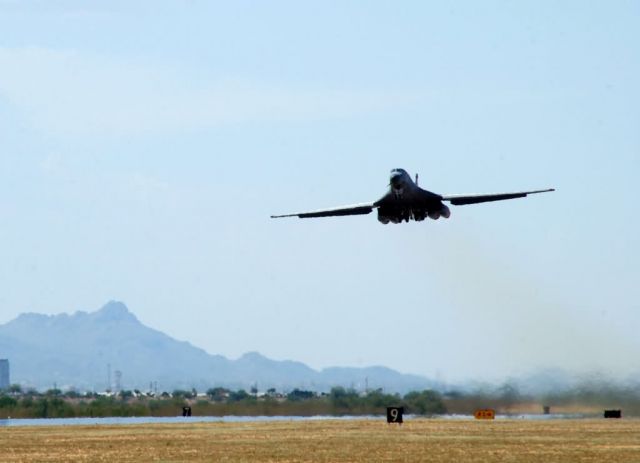 B-1B Lancer - Back in action

DAVIS-MONTHAN AIR FORCE BASE, Ariz.—Workers from the Aerospace Maintenance and Regeneration Center here and maintainers from the 654th Combat Logistics Support Squadron at Tinker Air Force Base, Okla., have regenerated the first B-1B Lancer. After two months of flight preparations, the B-1B took off Sept. 2 for Dyess AFB, Texas. The Lancer, Serial No. 86-0097, entered storage at the center in April 2003 under the Air Force’s B-1B consolidation plan. In early 2004, the commander of Air Combat Command directed the recall of this B-1B to supplement fleet requirements supporting the war on terrorism. (U.S. Air Force photo by Terry D. Vanden-Heuvel)