Get Interesting Photos Direct To Your Email
Sign up for our newsletter and receive unique photos for your viewing pleasure!
We hate SPAM and we promise to keep your email address safe.
No thanks, I have already subscribed!
Thank You
Follow Us Follow @allrefer Pinterest
AllRefer.com > Pictures & Images > Ayutthaya 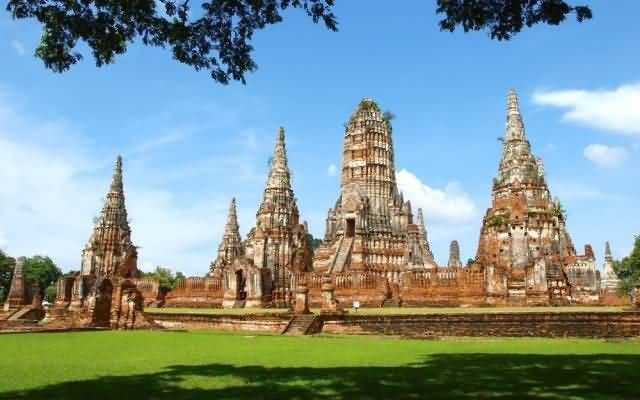 Ayutthaya is also called as Phra Nakhon Si Ayutthaya. It is one of the central provinces of Thailand. Ayutthaya was founded in 1350 by King U-Thong. Ayutthaya became the second capital of Siam after Sukhothai. Ayutthaya is 76 kilometres north of Bangkok and boasts numerous magnificent ruins. Such ruins indicate that Ayutthaya was one of Indo - China’s most prosperous cities.

There is Ayutthaya Historical Park which is a vast stretch of historical site in the heart of Ayutthaya city. There were three palaces in Ayutthaya: Grand Palace, Chantharakasem Palace or the Front Palace and Wang Lang or the Rear Palace. Ayutthaya is an island at the confluence of three rivers: the Chao Phraya River, the Lopburi River and the Pa Sak River. As the train station is at the east side off the island, most visitors will need to cross the river by ferry boat.