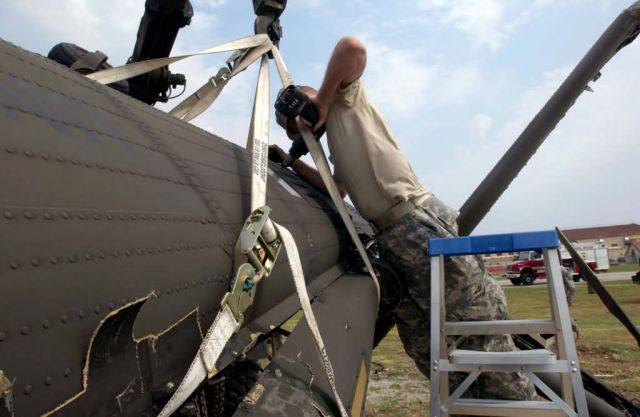 Army Spc. Christopher Grunzinger prepares to stabilize an aircraft at Aviano Air Base, Italy, on July 6. The aircraft suffered damage after a severe thunderstorm with wind gusts that measured up to 82 knots. The storm tore through Aviano on June 29, and caused basewide damage estimated at $3.5 million. (U.S. Air Force photo/Airman Liliana Moreno)