Get Interesting Photos Direct To Your Email
Sign up for our newsletter and receive unique photos for your viewing pleasure!
We hate SPAM and we promise to keep your email address safe.
No thanks, I have already subscribed!
Thank You
Follow Us Follow @allrefer Pinterest
AllRefer.com > Pictures & Images > A-10 Thunderbolt II - Young hero 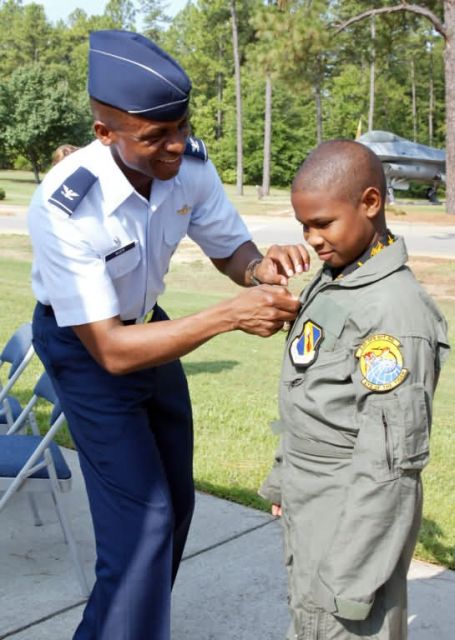 POPE AIR FORCE BASE, N.C.—Col. Darren McDew replaces a patch on the jumpsuit 8-year-old Jonathan Cruz is wearing with his nametag. Jonathan is a survivor of non-Hodgkin’s Lymphoma and was given a tour of the base, treated to an A-10 Thunderbolt II simulator and received numerous awards and gifts. Colonel McDew is the 43rd Airlift Wing commander. (U.S. Air Force photo by Senior Airman Stacia Zachary)