Get Interesting Photos Direct To Your Email
Sign up for our newsletter and receive unique photos for your viewing pleasure!
We hate SPAM and we promise to keep your email address safe.
No thanks, I have already subscribed!
Thank You
Follow Us Follow @allrefer Pinterest
AllRefer.com > Pictures & Images > A-10 Thunderbolt II - Runway's end home for 'Warthog' launchers 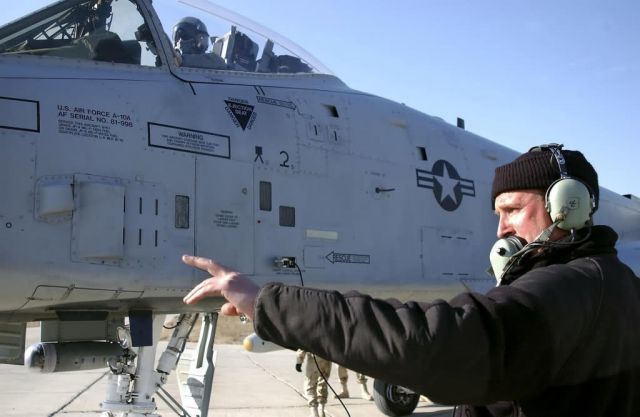 BAGRAM AIR BASE, Afghanistan—Tech. Sgt. Mike Milewski, a crew chief, talks to the pilot of an A-10 Thunderbolt II ground attack jet here during an end-of-runway check. Milewski is with the Maryland Air National Guardâs 104th Fighter Squadronâs end-of-runway crew, which is doing a 30-day tour at the base as part of the 455th Expeditionary Operations Squadron. The crew gives each ground-attack fighter a thorough going over before it departs on a mission. (U.S. Air Force photo by Master Sgt. Keith Reed)