Get Interesting Photos Direct To Your Email
Sign up for our newsletter and receive unique photos for your viewing pleasure!
We hate SPAM and we promise to keep your email address safe.
No thanks, I have already subscribed!
Thank You
Follow Us Follow @allrefer Pinterest
AllRefer.com > Pictures & Images > X-43A - NASA X-43A rockets to Mach 9.8 at Edwards 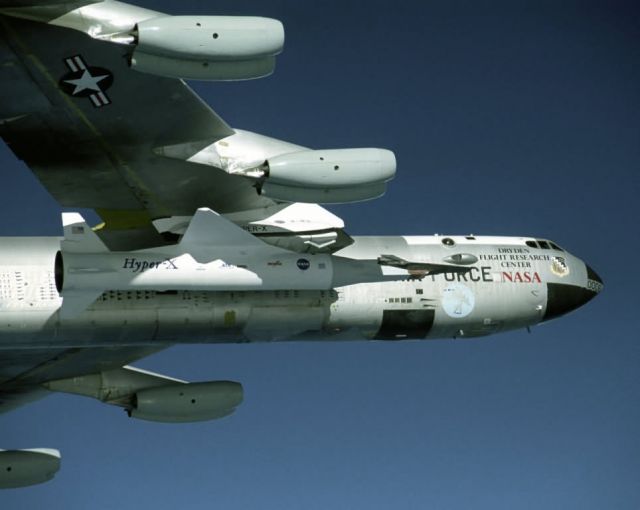 OVER THE PACIFIC OCEAN—NASA’s B-52B launch aircraft cruises to a test range here carrying an X-43A hypersonic research aircraft attached to a Pegasus rocket Nov. 16. It was taken to launch altitude by the aircraft from the National Aeronautics and Space Administration’s Dryden Flight Research Center at Edwards Air Force Base, Calif. About an hour later the Pegasus booster was released from the B-52 to accelerate the X-43A to its intended speed of Mach 10. (National Aeronautics and Space Administration photo by Carla Thomas)