Get Interesting Photos Direct To Your Email
Sign up for our newsletter and receive unique photos for your viewing pleasure!
We hate SPAM and we promise to keep your email address safe.
No thanks, I have already subscribed!
Thank You
Follow Us Follow @allrefer Pinterest
AllRefer.com > Pictures & Images > Whiteman Air Force Base - 442nd Fighter Wing's newest aircraft 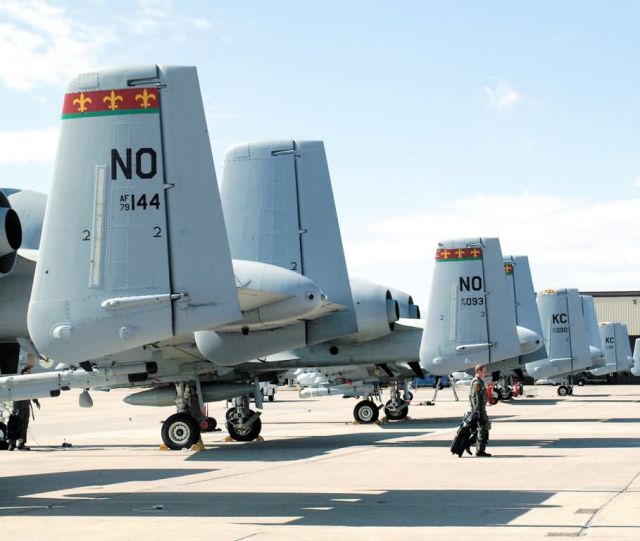 A pilot walks away from an A-10 Thunderbolt II he just delivered to the 442nd Fighter Wing at Whiteman Air Force Base, Mo., Friday, February 24, 2006. The 442nd FW is receiving nine additional aircraft as part of the base realignment and closure decision, bringing the total number of aircraft in the wing to 24. The pilot and A-10 are from the 926th Fighter Wing, based near New Orleans. The A-10s are on loan to the 442nd pending final acceptance procedures. (U.S. Air Force photo/Master Sgt. Bill Huntington)