Get Interesting Photos Direct To Your Email
Sign up for our newsletter and receive unique photos for your viewing pleasure!
We hate SPAM and we promise to keep your email address safe.
No thanks, I have already subscribed!
Thank You
Follow Us Follow @allrefer Pinterest
AllRefer.com > Pictures & Images > U-2 Dragon Lady - Dragon Lady takes flight 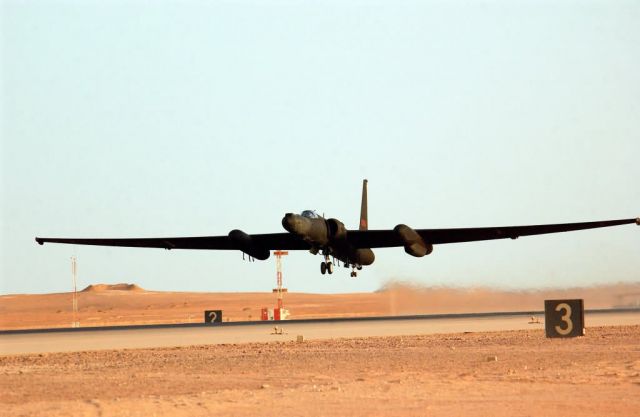 OPERATION IRAQI FREEDOM—Lt. Col. Walter Flint, a deployed U-2 Dragon Lady commander from the 99th Reconnaissance Squadron, Beale Air Force Base, Calif., to the 363rd Expeditionary Reconnaissance Squadron, takes off for a mission on April 11, 2003. The U-2 is a high altitude-multi intelligence reconnaissance aircraft. It can fly above 70,000 ft and provides near-real-time imagery and signals intelligence to war fighters and national authorities in support of Operation Iraqi Freedom at a forward deployed location in Southwest Asia. (U.S. Air Force photo by Staff Sgt. Matthew Hannen)