Get Interesting Photos Direct To Your Email
Sign up for our newsletter and receive unique photos for your viewing pleasure!
We hate SPAM and we promise to keep your email address safe.
No thanks, I have already subscribed!
Thank You
Follow Us Follow @allrefer Pinterest
AllRefer.com > Pictures & Images > U-2 aircraft - Dragon Lady in flight 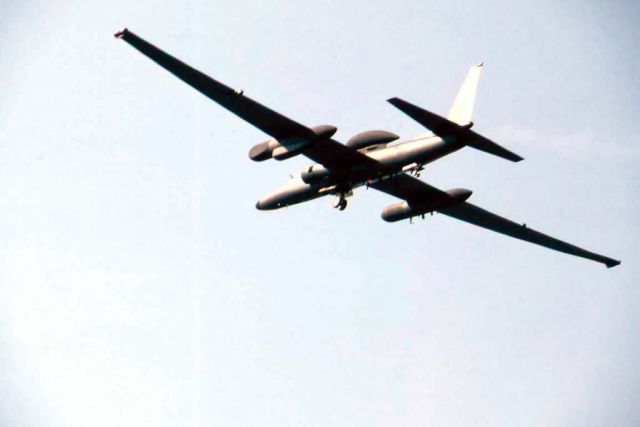 U-2 aircraft - Dragon Lady in flight

FILE PHOTO—The U-2 is a single-seat, single-engine, high-altitude, reconnaissance aircraft. Long, wide, straight wings give the U-2 glider-like characteristics. It can carry a variety of sensors and cameras, is an extremely reliable reconnaissance aircraft, and enjoys a high mission completion rate. Because of its high altitude mission, the pilot must wear a full pressure suit. The U-2 is capable of collecting multi-sensor photo, electro-optic, infrared and radar imagery, as well as performing other types of reconnaissance functions. However, the aircraft can be a difficult aircraft to fly due to its unusual landing characteristics. The aircraft is being upgraded with a lighter engine that burns less fuel, cuts weight and increases power. The entire fleet should be reengined by 1998. Other upgrades are to the sensors and adding the Global Positioning System that will superimpose geo-coordinates directly on collected images. (U.S. Air Force photo by Master Sgt. Rose Reynolds)