Get Interesting Photos Direct To Your Email
Sign up for our newsletter and receive unique photos for your viewing pleasure!
We hate SPAM and we promise to keep your email address safe.
No thanks, I have already subscribed!
Thank You
Follow Us Follow @allrefer Pinterest
AllRefer.com > Pictures & Images > Tallil Air Base - Skeletons 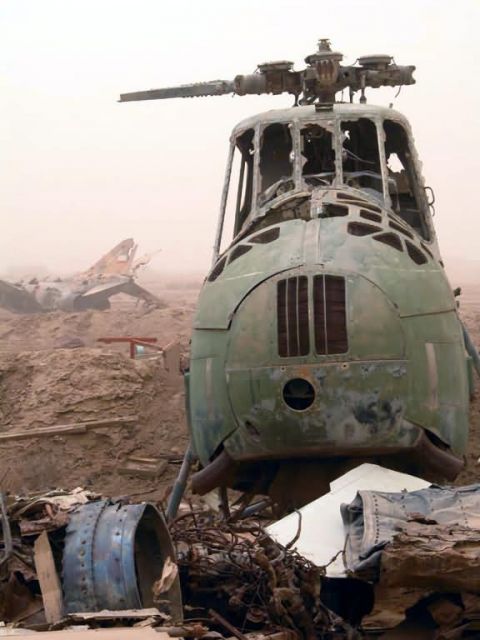 OPERATION IRAQI FREEDOM (AFPN)—The wreckage of an Iraqi air force helicopter and jet sit amid the debris of an aircraft bone yard on Tallil Air Base in southern Iraq. Many of the wrecked aircraft, which had been destroyed during Operation Desert Storm in 1991, were pushed onto the base’s runway in an effort to keep coalition forces from using the field. Since taking the air base in late March, most of the debris and wreckage has been removed and active air operations are running 24 hours. (U.S. Air Force photo by Bob Jensen)