Get Interesting Photos Direct To Your Email
Sign up for our newsletter and receive unique photos for your viewing pleasure!
We hate SPAM and we promise to keep your email address safe.
No thanks, I have already subscribed!
Thank You
Follow Us Follow @allrefer Pinterest
AllRefer.com > Pictures & Images > Snowy Egret 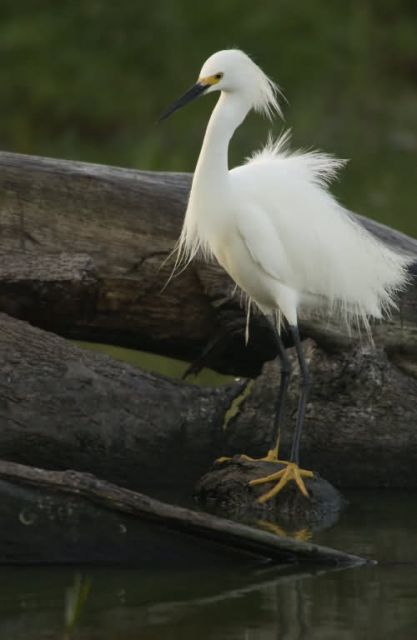 Found from Oregon to New England along coastal areas, the snowy egret nests in colonies often with other heron. The snowy egret feeds in shallow water, sprinting back and forth chasing small schools of minnows and shrimp. This behavior often alerts other birds to join in the feeding frenzie. Once over hunted for its beautiful breeding plumage in the early part of the century, the snowy egret numbers have recovered and thrive today due to protective wildlife laws.