Get Interesting Photos Direct To Your Email
Sign up for our newsletter and receive unique photos for your viewing pleasure!
We hate SPAM and we promise to keep your email address safe.
No thanks, I have already subscribed!
Thank You
Follow Us Follow @allrefer Pinterest
AllRefer.com > Pictures & Images > Peacock 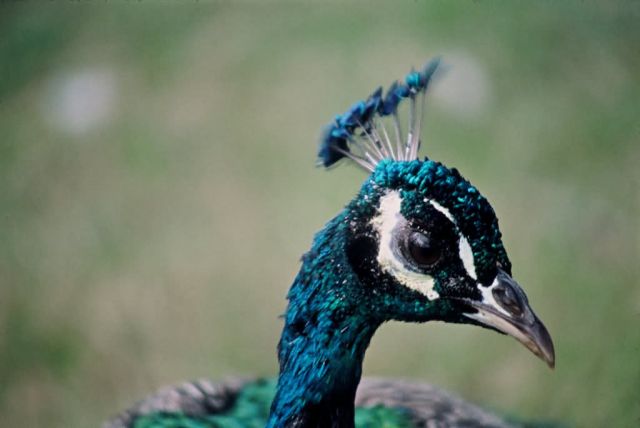 Peacock (bird) or Peafowl is the common name for these members of the pheasant family. Although these birds are more commonly called peacocks, that name is properly applied only to males…females are called "peahens". The young, are known as "peachicks". Two species are Asian: the common or Indian peafowl, and the green peafowl. The Asian peacocks are noted for their resplendent trains of long upper tail coverts, which conceal their relatively short tails, and are raised and spread in strutting displays. The feathers are generally iridescent green and gold and are ornamented with eyelike markings of a rich color, known as peacock blue. The same blue also appears on the head, neck, breast, and crest of the common peacock. The peahens have no trains and are less colorful than the males. Peacocks don’t develop their long trains until they are 3 years old and they molt the train yearly.