Get Interesting Photos Direct To Your Email
Sign up for our newsletter and receive unique photos for your viewing pleasure!
We hate SPAM and we promise to keep your email address safe.
No thanks, I have already subscribed!
Thank You
Follow Us Follow @allrefer Pinterest
AllRefer.com > Pictures & Images > Moas 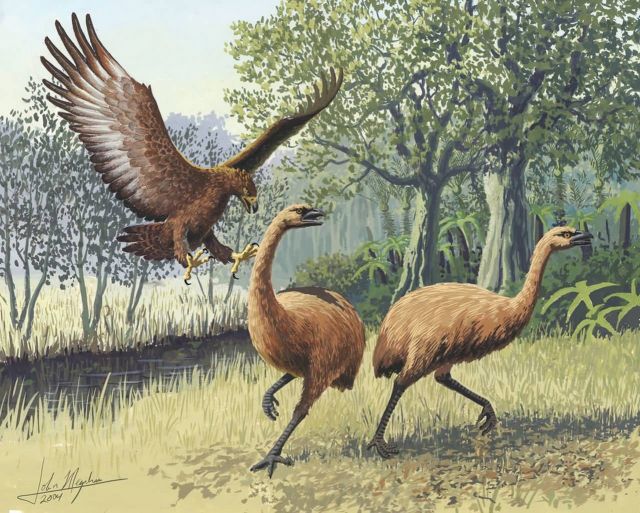 The moa were nine species of flightless birds and endemic to New Zealand. The two largest species of moa was Dinornis robustus and Dinornis novaezelandiae, reached about 3.6 m in height and weighed about 230 kg. All these nine species of moa were the only wingless birds. Moa fed on a range of plant species and plant parts, including fibrous twigs and leaves taken from low trees and shrubs. The moa’s only predator was the massive Haast’s eagle. After that humans were hunted moa’s.