Get Interesting Photos Direct To Your Email
Sign up for our newsletter and receive unique photos for your viewing pleasure!
We hate SPAM and we promise to keep your email address safe.
No thanks, I have already subscribed!
Thank You
Follow Us Follow @allrefer Pinterest
AllRefer.com > Pictures & Images > LC-130H - Pride of Scotia 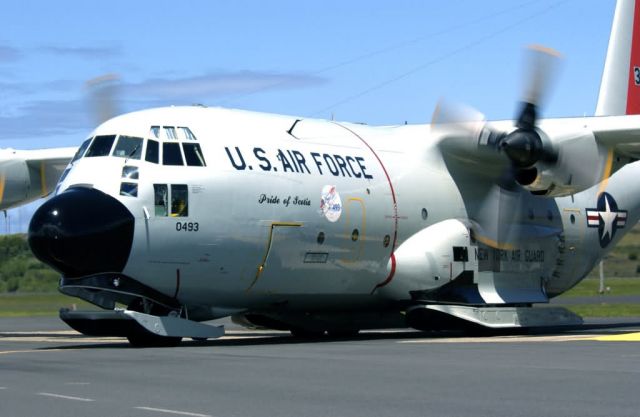 LAJES FIELD, Azores—An LC-130H called the “Pride of Scotia”, starts its engines before taking off from here July 27. The aircraft is returning from the Royal International Air Tattoo at Royal Air Force Fairford, United Kingdom, where they won the prize for best kept military aircraft. It was one of 150 aircraft from 30 countries. The aircraft is assigned to the 109th Air Wing, Stratton Air National Guard Base, N.Y. (U.S. Air Force photo by Tech. Sgt. Robert W. Valenca)