Get Interesting Photos Direct To Your Email
Sign up for our newsletter and receive unique photos for your viewing pleasure!
We hate SPAM and we promise to keep your email address safe.
No thanks, I have already subscribed!
Thank You
Follow Us Follow @allrefer Pinterest
AllRefer.com > Pictures & Images > King Eider female, oiled iin snow, Sowls 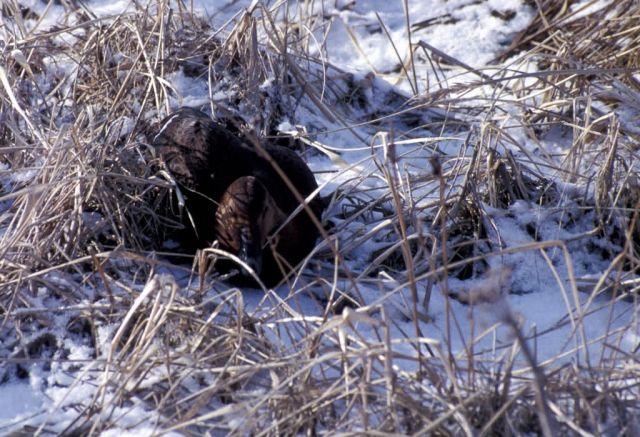 The M/V Citrus, a freighter, collided with another ship while loading cargo at sea off of St. Paul Island in the Pribilofs in 1996. The collision punctured some of the Citrus’s fuel tanks resulting in bunker fuel oil leaking into the sea oiling and killing wintering waterfowl and seabirds. Oiled king eiders such as these shown came ashore on St. Paul Island because their oiled feathers could no longer keep them warm at sea. Most died. Foxes and carnivorous birds scavenged the carcasses resulting in even greater numbers of death