Get Interesting Photos Direct To Your Email
Sign up for our newsletter and receive unique photos for your viewing pleasure!
We hate SPAM and we promise to keep your email address safe.
No thanks, I have already subscribed!
Thank You
Follow Us Follow @allrefer Pinterest
AllRefer.com > Pictures & Images > KC-10A Extender - Fueling 'Freedom' 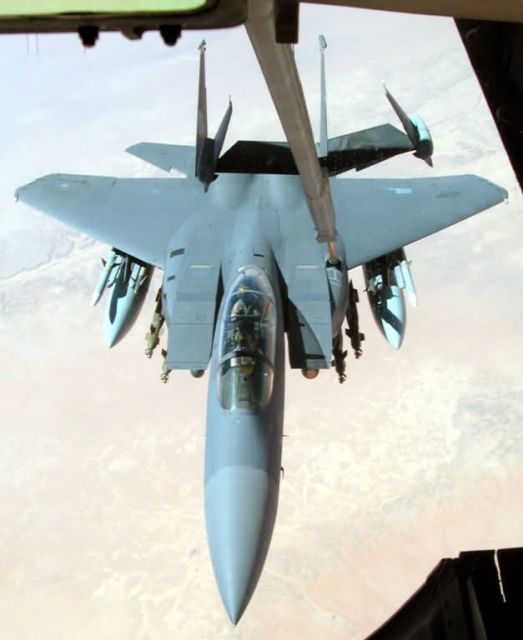 OPERATION IRAQI FREEDOM—A KC-10A Extender refuels an F-15E Strike Eagle on a combat patrol over Iraq. The aircraft are part of the 380th Air Expeditionary Wing at a forward-deployed location. The KC-10As are from the 305th Air Mobility Wing at McGuire Air Force Base, N.J., and the F-15Es are from the 48th Fighter Wing at Royal Air Force Lakenheath, England. (U.S. Air Force photo by Maj. Robert Couse-Baker)