Get Interesting Photos Direct To Your Email
Sign up for our newsletter and receive unique photos for your viewing pleasure!
We hate SPAM and we promise to keep your email address safe.
No thanks, I have already subscribed!
Thank You
Follow Us Follow @allrefer Pinterest
AllRefer.com > Pictures & Images > International Anti-Corruption Day - 9 December 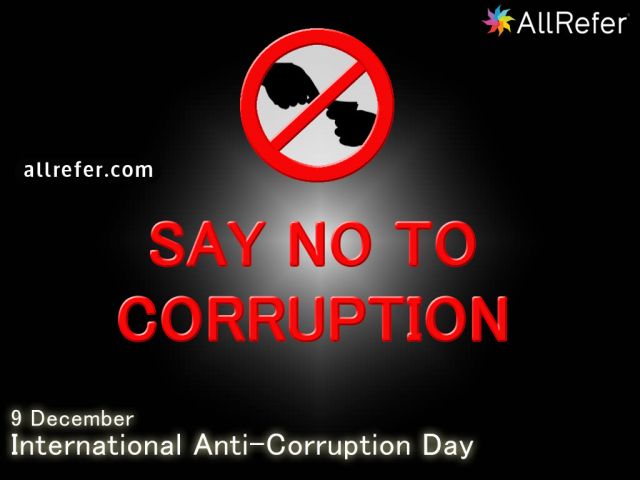 International Anti-Corruption Day has been observed annually, on 9 December, since the passage of the United Nations Convention Against Corruption on 31 October 2003.

Fighting corruption is a global concern because corruption is found in both rich and poor countries, and evidence shows that it hurts poor people disproportionately. It contributes to instability, poverty and is a dominant factor driving fragile countries towards state failure.