Get Interesting Photos Direct To Your Email
Sign up for our newsletter and receive unique photos for your viewing pleasure!
We hate SPAM and we promise to keep your email address safe.
No thanks, I have already subscribed!
Thank You
Follow Us Follow @allrefer Pinterest
AllRefer.com > Pictures & Images > HH-60G Pave Hawk - A 'chopper' landing 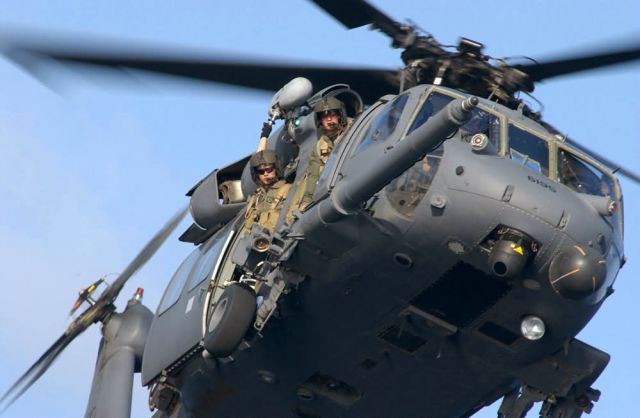 OVER THE PACIFIC OCEAN—Tech. Sgt. Jason Arnott and Staff Sgt. Eric Shaw guide the pilot and co-pilot as they prepare to land on a Navy ship near San Diego. The landing was part of water-rescue training for 55th Rescue Squadron HH-60G Pave Hawk helicopter crews. Sergeant Arnott is a crew chief, and Sergeant Shaw is a flight engineer. They are based at Davis-Monthan Air Force Base, Ariz. (U.S. Air Force photo by Staff Sgt. Lanie McNeal)