Get Interesting Photos Direct To Your Email
Sign up for our newsletter and receive unique photos for your viewing pleasure!
We hate SPAM and we promise to keep your email address safe.
No thanks, I have already subscribed!
Thank You
Follow Us Follow @allrefer Pinterest
AllRefer.com > Pictures & Images > FWS Employee with Chinook Salmon 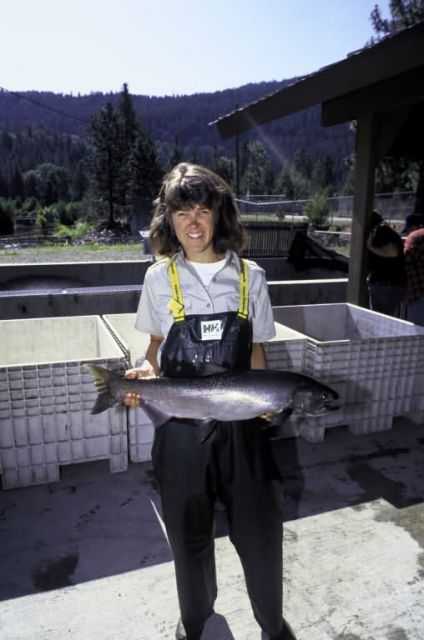 A fisheries biologist at Leavenworth National Fish Hatchery in Washington displays a mature spring Chinook salmon which has migrated upstream to spawn. The Service operates 12 National Fish Hatcheries in Washington which raise several species of salmon and Steelhead trout. Populations of these valuable fish species have been adversely affected by hydroelectric power generation, habitat loss, overfishing, and water pollution .