Get Interesting Photos Direct To Your Email
Sign up for our newsletter and receive unique photos for your viewing pleasure!
We hate SPAM and we promise to keep your email address safe.
No thanks, I have already subscribed!
Thank You
Follow Us Follow @allrefer Pinterest
AllRefer.com > Pictures & Images > FWS Employee Examines California Least Tern Remains 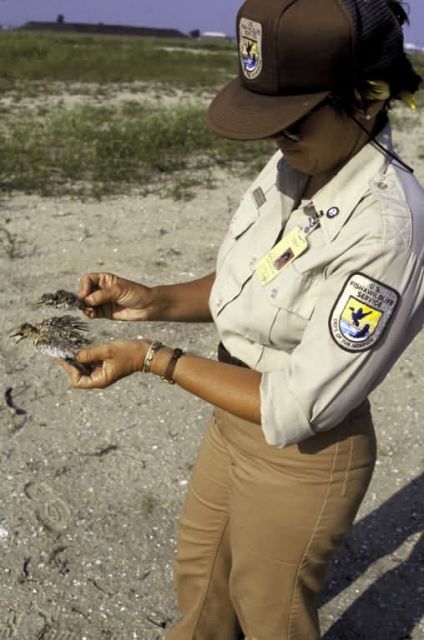 FWS biologist examines a dead California least tern at its nest on Seal Beach in California. The interior population of least tern was listed as endangered in 1985. Populations along the East and West coasts are not endangered. The interior population, which once inhabited all the major river systems in the middle of the country, evolved to take advantage of constantly changing rivers and fish concentrated in pools by retreating summer flows. When river impoundment, channelization, and levee construction altered natural flow regimes and prevented flow into backwaters, least terns rapidly declined. Delisting the least tern can be considered when the interior population reaches 7,000 and is stable for 10 years.