Get Interesting Photos Direct To Your Email
Sign up for our newsletter and receive unique photos for your viewing pleasure!
We hate SPAM and we promise to keep your email address safe.
No thanks, I have already subscribed!
Thank You
Follow Us Follow @allrefer Pinterest
AllRefer.com > Pictures & Images > FWS Employee Bands Brown Pelican 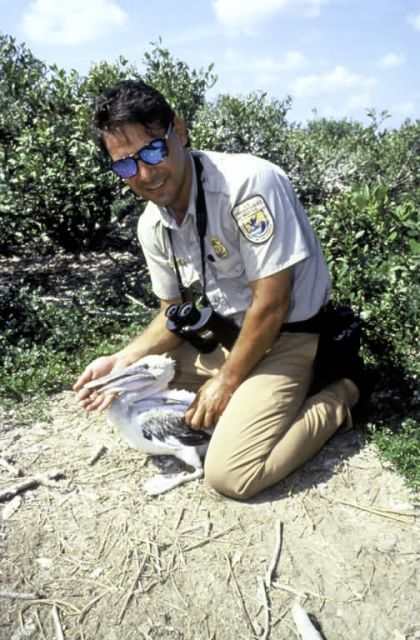 FWS personnel banding a Brown Pelican. Pelicans almost disappeared from Texas because they were poisoned by the pesticide DDT, which caused them to lay thin-shelled eggs which broke during incubation. Because they were not able to produce young, the number of Pelicans dropped to less than 100 birds during the years 1967-1974. Since DDT was banned in 1972, Pelicans have made a steady comeback.