Get Interesting Photos Direct To Your Email
Sign up for our newsletter and receive unique photos for your viewing pleasure!
We hate SPAM and we promise to keep your email address safe.
No thanks, I have already subscribed!
Thank You
Follow Us Follow @allrefer Pinterest
AllRefer.com > Pictures & Images > Figure 59 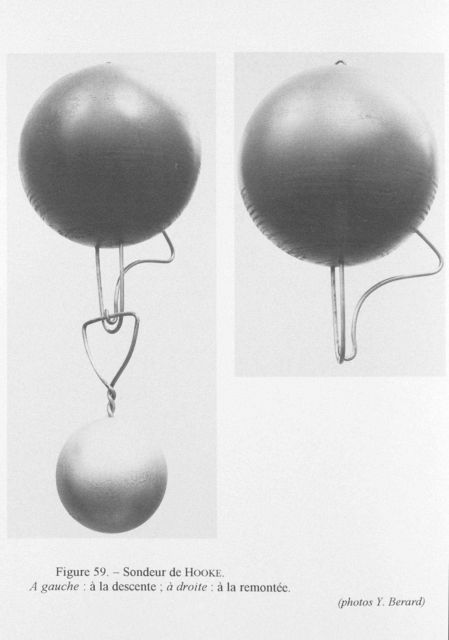 Figure 59. Hooke sounder devised by Robert Hooke, curator of experiments of the British Royal Society, also took up Cardinal Cusanus’s idea. Like the preceding similar devices, the depth measured was obtained by comparison with the time required for the float to ascend from a known depth. This instrument was designed in 1663 and tested in 5 to 6 meters water depth.