Get Interesting Photos Direct To Your Email
Sign up for our newsletter and receive unique photos for your viewing pleasure!
We hate SPAM and we promise to keep your email address safe.
No thanks, I have already subscribed!
Thank You
Follow Us Follow @allrefer Pinterest
AllRefer.com > Pictures & Images > Figure 58 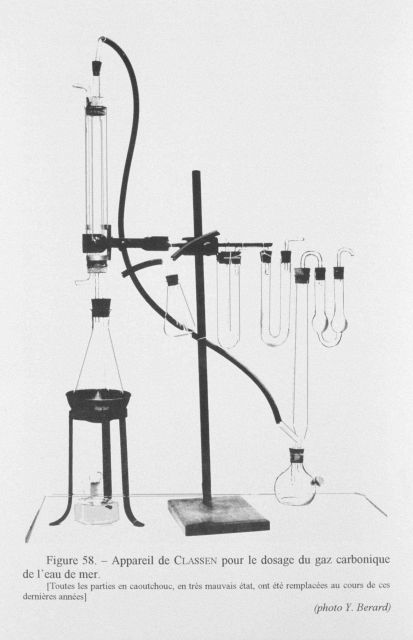 Figure 58. Classen device for the measurement of carbon dioxide in sea water. The German chemist Alexander Classen elaborated on the use of this device in 1876. The work of Wilhelm Borchers in 1878 on the determination of carbonic acid in mineral water that led to the use of this instrument. After improvement , it was used by Hercules Tornoe on the Norwegian North Atlantic expedition.