Get Interesting Photos Direct To Your Email
Sign up for our newsletter and receive unique photos for your viewing pleasure!
We hate SPAM and we promise to keep your email address safe.
No thanks, I have already subscribed!
Thank You
Follow Us Follow @allrefer Pinterest
AllRefer.com > Pictures & Images > Figure 48 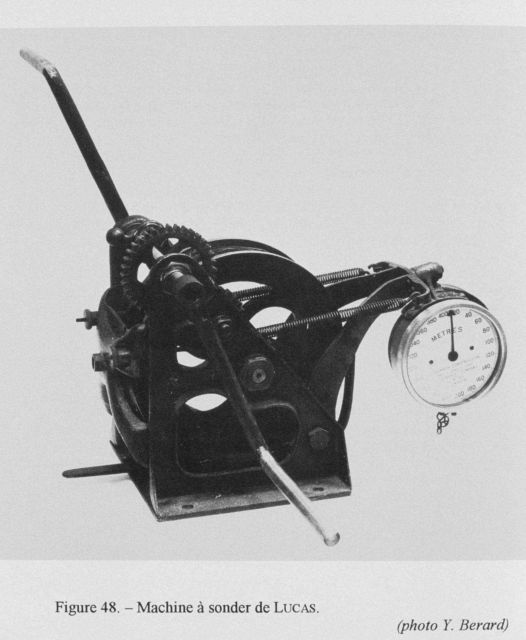 Figure 48. Lucas sounding machine, invented by Francis Lucas. Lucas began his career laying submarine cable in 1856. He subsequently became chief engineer at the Telegraph Construction and Maintenance Company. He invented this lightweig t wire-sounding machine in 1878 and first used on the ALERT the same year. This type of machine was used by British hydrographic ships after 1887.