Get Interesting Photos Direct To Your Email
Sign up for our newsletter and receive unique photos for your viewing pleasure!
We hate SPAM and we promise to keep your email address safe.
No thanks, I have already subscribed!
Thank You
Follow Us Follow @allrefer Pinterest
AllRefer.com > Pictures & Images > F100-PW-100 - Full power 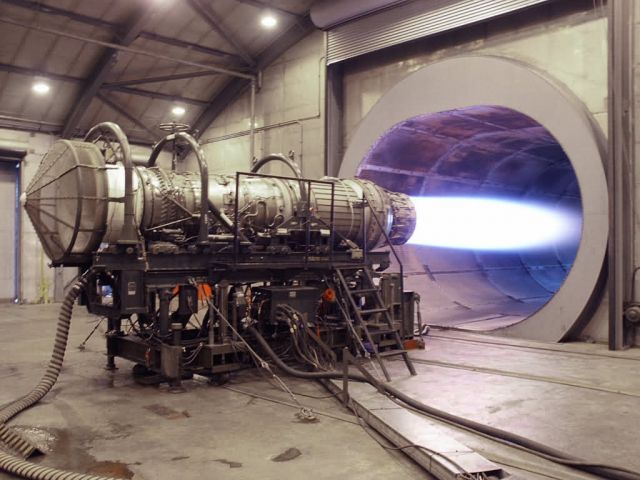 EGLIN AIR FORCE BASE, Fla. (AFPN)—An F100-PW-100 engine runs at full afterburner in the 33rd Maintenance Squadron’s test cell here. The engine, for an F-15 Eagle, passed all tests and became a milestone for the propulsion flight as the 40th spare war-ready engine. Of the 167 total engines the 33rd Fighter Wing has, 59 are earmarked as spares. (U.S Air Force photo by Staff Sgt. Robert Zoellner)