Get Interesting Photos Direct To Your Email
Sign up for our newsletter and receive unique photos for your viewing pleasure!
We hate SPAM and we promise to keep your email address safe.
No thanks, I have already subscribed!
Thank You
Follow Us Follow @allrefer Pinterest
AllRefer.com > Pictures & Images > F/A-22 Raptor - Red Flag 04-01 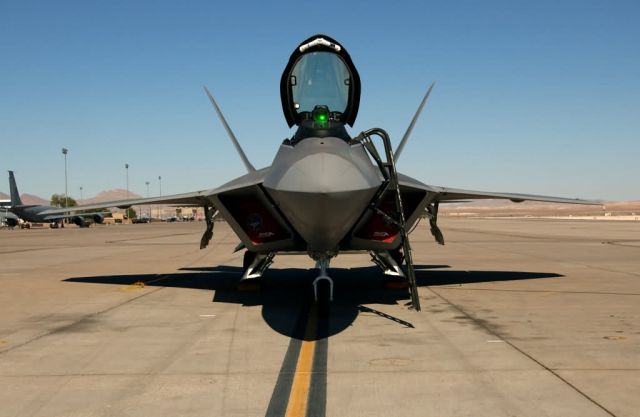 NELLIS AIR FORCE BASE, Nev.—A Lockheed Martin F/A-22 Raptor sits on the parking ramp here Oct. 22, 2003. The F/A-22 is a new breed of super-fighter for the 21st century and is the first aircraft with the ability to fly at supersonic speeds without afterburners. The F/A-22 offers new capability to deploy and fight on Day 1. It will allow the Air Force to get to the fight faster, stay longer and fly more missions than any conventional fighter aircraft. (U.S. Air Force photo by Master Sgt. Michael R. Nixon)