Get Interesting Photos Direct To Your Email
Sign up for our newsletter and receive unique photos for your viewing pleasure!
We hate SPAM and we promise to keep your email address safe.
No thanks, I have already subscribed!
Thank You
Follow Us Follow @allrefer Pinterest
AllRefer.com > Pictures & Images > F/A-22 Raptor - Raptor lift off 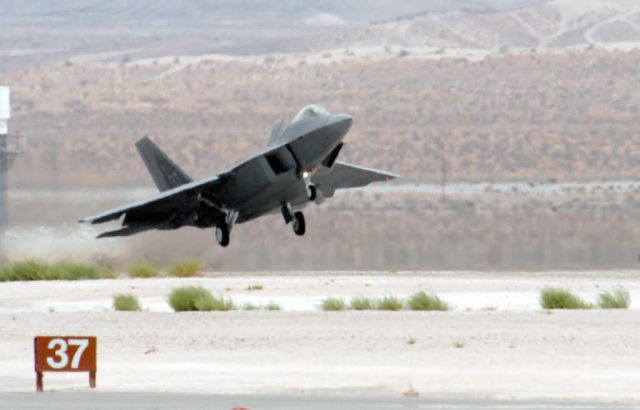 NELLIS AIR FORCE BASE, Nev.—Lt. Col. Jeffrey Harrigian lifts off here during his first flight in an F/A-22 Raptor. He commands the 43rd Fighter Squadron at Tyndall Air Force Base, Fla. The 43rd FS will be the Air Force’s first F/A-22 squadron. As the Raptor continues operational tests and evaluations in Nevada, officials plan to train a cadre of pilots from Tyndall to be the initial flight instructors. (U.S. Air Force photo by Senior Airman Kenny Kennemer)