Get Interesting Photos Direct To Your Email
Sign up for our newsletter and receive unique photos for your viewing pleasure!
We hate SPAM and we promise to keep your email address safe.
No thanks, I have already subscribed!
Thank You
Follow Us Follow @allrefer Pinterest
AllRefer.com > Pictures & Images > F/A-22 - Raptor in flight 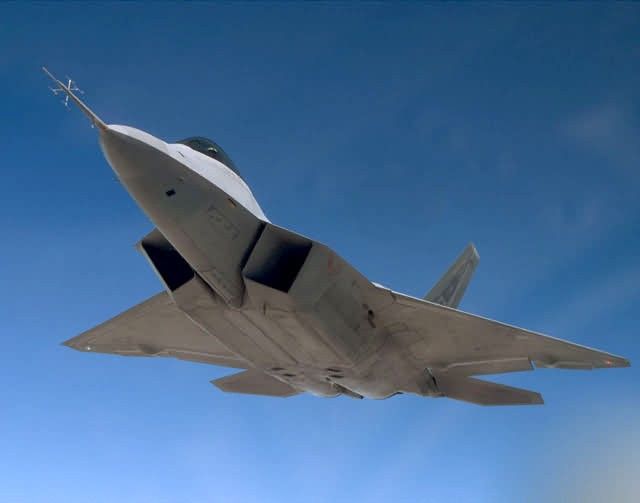 FILE PHOTO—The F/A-22 is an air-superiority fighter with improved capability over current Air Force aircraft. From the inception of the battle, the F/A-22’s primary objective will be to establish air superiority through the conduct of counter air operations. The F/A-22 also has an inherent air-to-surface capability. A combination of improved sensor capability, improved situational awareness, and improved weapons provides first-kill opportunity against the threat. (U.S. Air Force photo)