Get Interesting Photos Direct To Your Email
Sign up for our newsletter and receive unique photos for your viewing pleasure!
We hate SPAM and we promise to keep your email address safe.
No thanks, I have already subscribed!
Thank You
Follow Us Follow @allrefer Pinterest
AllRefer.com > Pictures & Images > F/A-22 Raptor - A Raptor moment 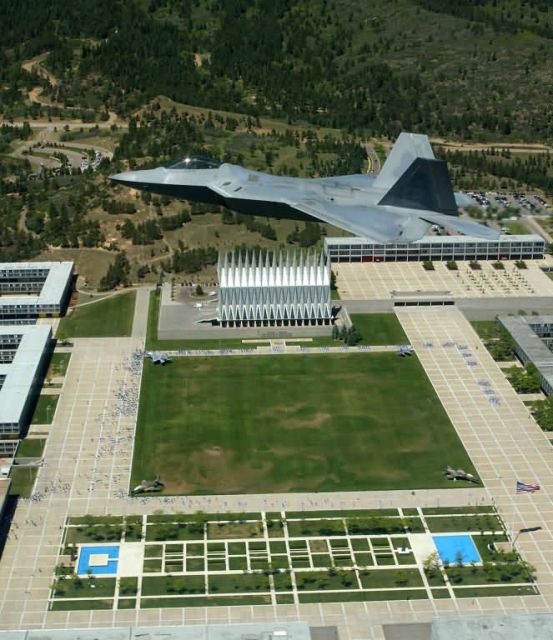 U.S. AIR FORCE ACADEMY, Colo.—An F/A-22 Raptor soars over the grounds here June 1. This flight was flown by Lt. Col. Dawn Dunlop, an F/A-22 test pilot and 1988 academy graduate, in support of the Class of 2004’s graduation parade. Colonel Dunlop and the Raptor are from Edwards Air Force Base, Calif. (U. S. Air Force photo by Kevin Robertson)