Get Interesting Photos Direct To Your Email
Sign up for our newsletter and receive unique photos for your viewing pleasure!
We hate SPAM and we promise to keep your email address safe.
No thanks, I have already subscribed!
Thank You
Follow Us Follow @allrefer Pinterest
AllRefer.com > Pictures & Images > F-35 Lightning II - Lightning II makes its debut 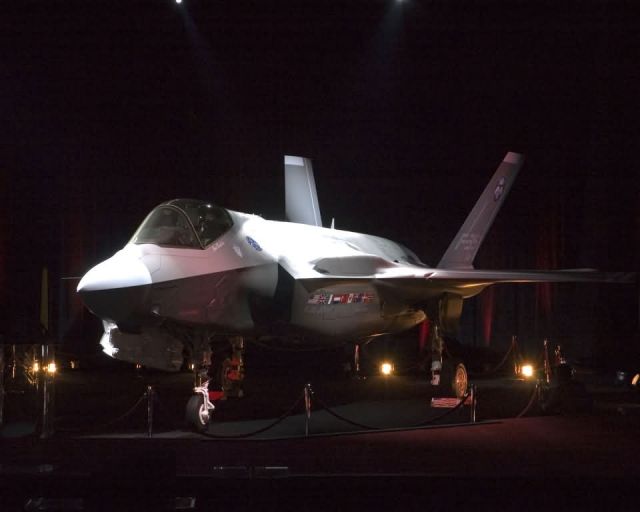 The Lockheed Martin F-35 Lightning II is presented for the first time at an inauguration ceremony the the Lockheed Martin plant in Fort Worth, Texas, on July 7. The Lightning II is a 5th-generation, supersonic stealth fighter designed to replace a wide range of existing aircraft, including the AV-8B Harrier, A-10 Thunderbolt II, F-16 Fighting Falcon, F/A-18 Hornet and Royal Air Force Harrier GR-7 and Sea Harriers. (Image courtesy of Lockheed Martin)