Get Interesting Photos Direct To Your Email
Sign up for our newsletter and receive unique photos for your viewing pleasure!
We hate SPAM and we promise to keep your email address safe.
No thanks, I have already subscribed!
Thank You
Follow Us Follow @allrefer Pinterest
AllRefer.com > Pictures & Images > F-18 Super Hornet - Arctic Thunder 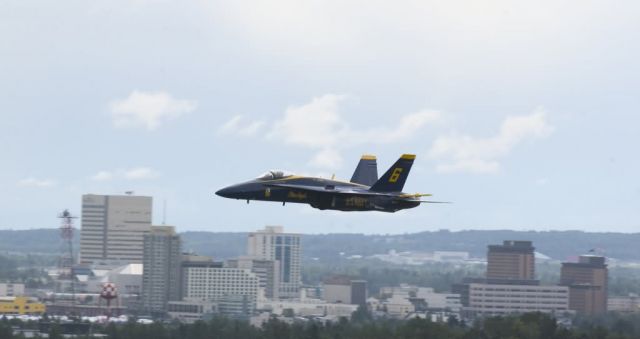 An F-18 Super Hornet from the Navy’s Blue Angels speeds past the Anchorage skyline during the Arctic Thunder air show and open house at Elmendorf Air Force Base, Alaska, on Aug. 12. Nearly 136,000 people attended the two-day event, which was headlined by the Blue Angels and the Army’s Golden Knights. (U.S. Air Force photo/Senior Airman Garrett Hothan)