Get Interesting Photos Direct To Your Email
Sign up for our newsletter and receive unique photos for your viewing pleasure!
We hate SPAM and we promise to keep your email address safe.
No thanks, I have already subscribed!
Thank You
Follow Us Follow @allrefer Pinterest
AllRefer.com > Pictures & Images > F-16C Fighting Falcon - Mission complete 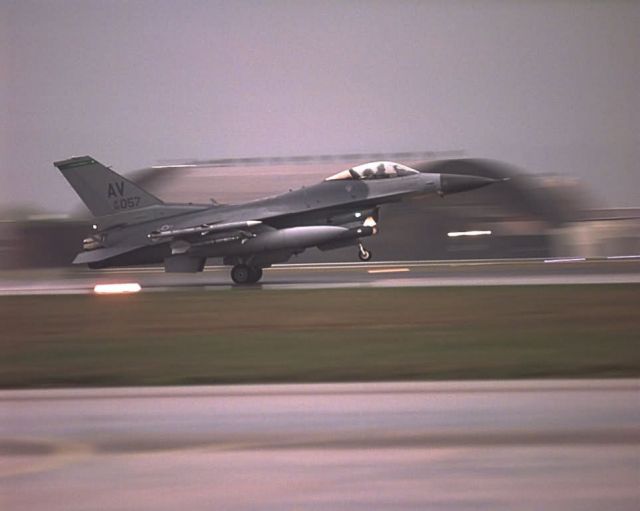 FILE PHOTO—An F-16C Fighting Falcon from the 555th Fighter Squadron, Aviano Air Base, Italy, lands after flying a mission against targets in Yugoslavia on Wednesday, April 7, 1999. The mission was part of NATO Operation Allied Force. The F-16 Fighting Falcon is a compact, multirole fighter aircraft. It is highly maneuverable and has proven itself in air-to-air combat and air-to-surface attack. It provides a relatively low-cost, high-performance weapon system for the United States and allied nations. (U.S. Air Force photo)