Get Interesting Photos Direct To Your Email
Sign up for our newsletter and receive unique photos for your viewing pleasure!
We hate SPAM and we promise to keep your email address safe.
No thanks, I have already subscribed!
Thank You
Follow Us Follow @allrefer Pinterest
AllRefer.com > Pictures & Images > F-16C - Falcons ruling the skies 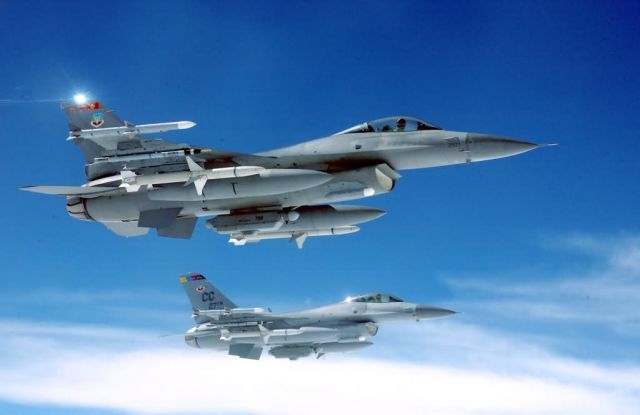 OVER NEVADA—A pair of F-16C Fighting Falcons, assigned to the 27th Fighter Wing at Cannon Air Force Base, N.M., head out for a mission over Nevada’s test and training ranges during Red Flag 04-3 here Aug 20. More than 100 aircraft and 2,500 participants are involved in this exercise. Red Flag is a realistic combat training exercise involving the U.S. Air Force and its allies. (U.S. Air Force photo by Tech. Sgt. Kevin Gruenwald)