Get Interesting Photos Direct To Your Email
Sign up for our newsletter and receive unique photos for your viewing pleasure!
We hate SPAM and we promise to keep your email address safe.
No thanks, I have already subscribed!
Thank You
Follow Us Follow @allrefer Pinterest
AllRefer.com > Pictures & Images > F-16 - Military appreciation 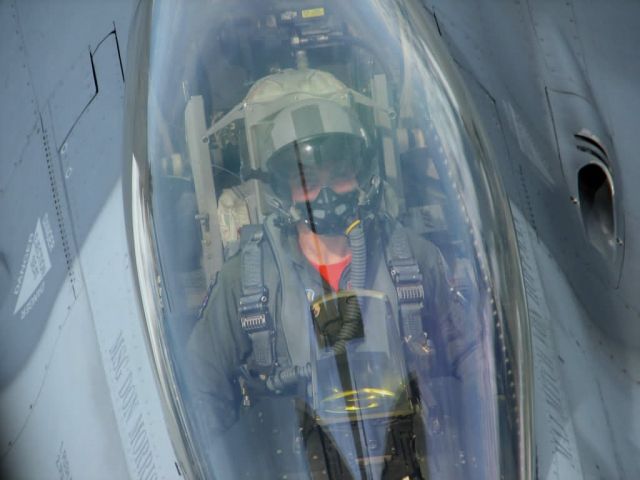 OVER ALABAMA—Capt. Mike McGinn looks up from his F-16 Fighting Falcon while refueling. He performed a fly-over Sept. 24 for a college football game at Auburn, Ala., in support of military appreciation day and the 58th Anniversary of the U.S. Air Force. Captain McGinn is from the Alabama Air National Guard’s 187th Fighter Wing in Montgomery. (U.S. Air Force photo by 2nd Lt. Sean Flynn)