Get Interesting Photos Direct To Your Email
Sign up for our newsletter and receive unique photos for your viewing pleasure!
We hate SPAM and we promise to keep your email address safe.
No thanks, I have already subscribed!
Thank You
Follow Us Follow @allrefer Pinterest
AllRefer.com > Pictures & Images > F-16 Fighting Falcons - Wild Weasel trio 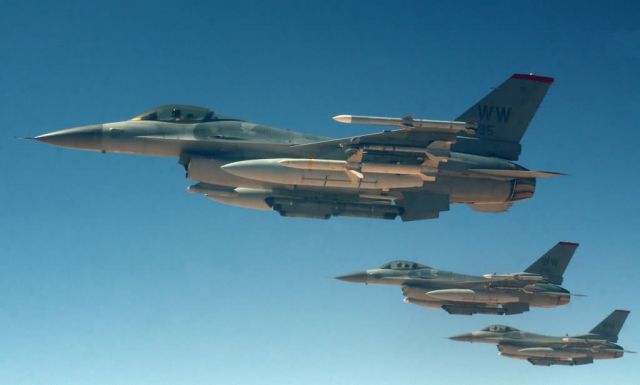 OPERATION IRAQI FREEDOM—A three-ship formation of F-16 Fighting Falcons from Misawa Air Base, Japan, wait for their fourth on the wing tip of a KC-135 Stratotanker from McConnell Air Force Base, Kan., in the skies near Iraq on March 22, 2003. The F-16s are flying a mission over Iraq in support of Operation Iraqi Freedom. (U.S. Air Force photo by Staff Sgt. Cherie A. Thurlby)