Get Interesting Photos Direct To Your Email
Sign up for our newsletter and receive unique photos for your viewing pleasure!
We hate SPAM and we promise to keep your email address safe.
No thanks, I have already subscribed!
Thank You
Follow Us Follow @allrefer Pinterest
AllRefer.com > Pictures & Images > F-16 Fighting Falcons - Noble Eagle 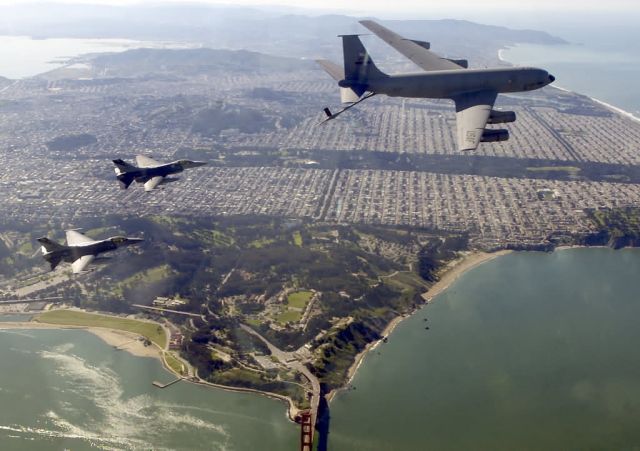 OVER THE SAN FRANCISCO BAY—Two F-16 Fighting Falcons move into a precontact position with a KC-135E Stratotanker before refueling during an Operation Noble Eagle training patrol March 16. The F-16s are assigned to the California Air National Guard’s 144th Fighter Wing in Fresno and the KC-135E is assigned to the 940th Aerial Refueling Wing at Beale Air Force Base, Calif. (U.S. Air Force photo by Master Sgt. Lance Cheung)