Get Interesting Photos Direct To Your Email
Sign up for our newsletter and receive unique photos for your viewing pleasure!
We hate SPAM and we promise to keep your email address safe.
No thanks, I have already subscribed!
Thank You
Follow Us Follow @allrefer Pinterest
AllRefer.com > Pictures & Images > F-16 Fighting Falcon - Strike mission 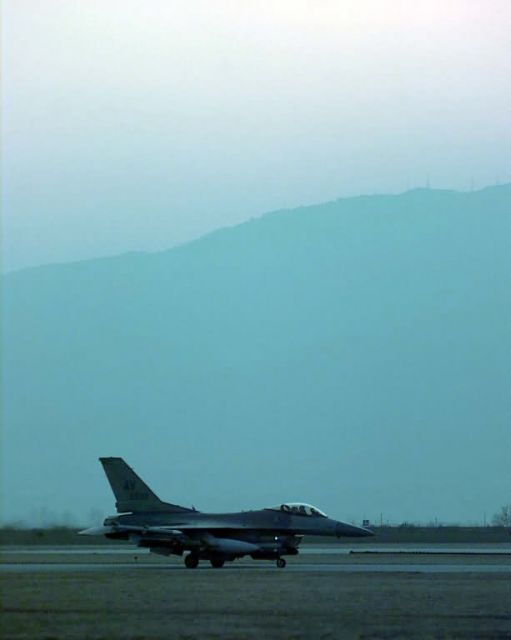 AVIANO AIR BASE, Italy—An F-16 Fighting Falcon from the 555th Fighter Squadron here, takes off on an air strike mission against targets in the Balkans March 24. The squadron is assigned to the 31st Air Expeditionary Wing, which launched NATO aircraft for combat missions in the Balkans March 24. (U.S. Air Force photo by Senior Airman Jeffrey Allen)