Get Interesting Photos Direct To Your Email
Sign up for our newsletter and receive unique photos for your viewing pleasure!
We hate SPAM and we promise to keep your email address safe.
No thanks, I have already subscribed!
Thank You
Follow Us Follow @allrefer Pinterest
AllRefer.com > Pictures & Images > F-16 Fighting Falcon - Osan crash sire 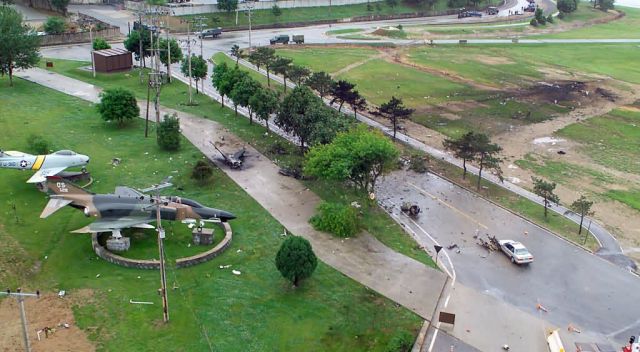 OSAN AIR BASE, South Korea—Remnants of the Air Force F-16 Fighting Falcon lay scattered around aircraft static displays of an F-86 Sabre and F-4 Phantom near the base entrance. A pilot from the 36th Fighter Squadron was taking off on a training mission in the F-16 when the crash occurred May 29. (U.S. Air Force photo by Tech. Sgt. Alex Lloyd)