Get Interesting Photos Direct To Your Email
Sign up for our newsletter and receive unique photos for your viewing pleasure!
We hate SPAM and we promise to keep your email address safe.
No thanks, I have already subscribed!
Thank You
Follow Us Follow @allrefer Pinterest
AllRefer.com > Pictures & Images > F-16 Fighting Falcon - Cruising 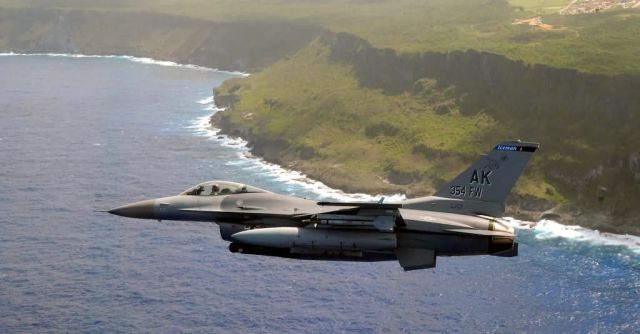 ANDERSEN AIR FORCE BASE, GUAM—An F-16 Fighting Falcon assigned to the 18th Fighter Squadron, Eielson AFB, Alaska makes its appoach to Andersen AFB, Guam. The aircraft is participating in Exercise Tandem Thrust ‘03, conducted in the Mariana Islands. The exercise is a joint endeavor to include forces from the U.S., Canada, and Australia. (U.S. Air Force photo by Master Sgt. Bill Kimble)