Get Interesting Photos Direct To Your Email
Sign up for our newsletter and receive unique photos for your viewing pleasure!
We hate SPAM and we promise to keep your email address safe.
No thanks, I have already subscribed!
Thank You
Follow Us Follow @allrefer Pinterest
AllRefer.com > Pictures & Images > F-16 Fighting Falcon - 'Coronet East' flies home 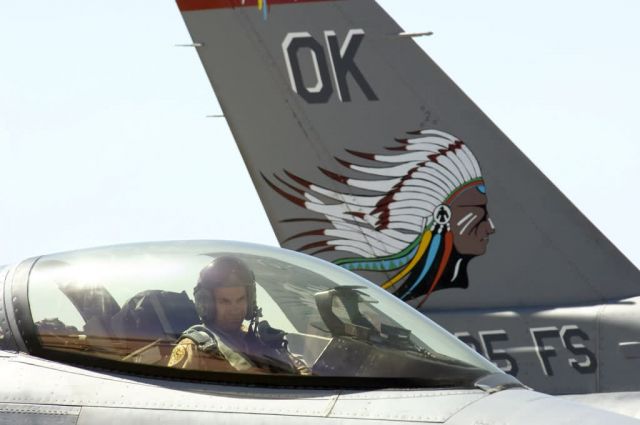 MORON AIR BASE, Spain—Maj. Kelly Connell shuts down his F-16 Fighting Falcon engine here. The pilot from the 180th Fighter Wing at Toledo, Ohio, is on his way home on a “Coronet East” mission after supporting Operation Iraqi Freedom. Coronet East is a title given to a group of jet fighters flying with necessary tankers for air refueling and an air transport with necessary maintenance support in tow. (U.S. Air Force photo by Master Sgt. John E. Lasky)