Get Interesting Photos Direct To Your Email
Sign up for our newsletter and receive unique photos for your viewing pleasure!
We hate SPAM and we promise to keep your email address safe.
No thanks, I have already subscribed!
Thank You
Follow Us Follow @allrefer Pinterest
AllRefer.com > Pictures & Images > F-15E Strike Eagle - Readiness Eagle 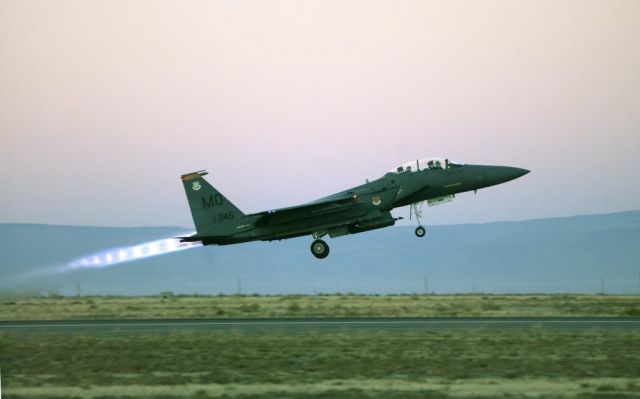 MOUNTAIN HOME AIR FORCE BASE, Idaho—An F-15E Strike Eagle from the 391st Fighter Squadron here, takes off for an early morning sortie during an Operational Readiness Inspection on Oct. 17. The 366th FW was evaluated on how well it responded to crisis, employed forces, provided mission support and survived and operated in hostile environments. ORIs are conducted to evaluate the ability of units with a wartime or contingency mission to conduct assigned operational missions. (U.S. Air Force photo by Staff Sgt. Bennie J. Davis)