Get Interesting Photos Direct To Your Email
Sign up for our newsletter and receive unique photos for your viewing pleasure!
We hate SPAM and we promise to keep your email address safe.
No thanks, I have already subscribed!
Thank You
Follow Us Follow @allrefer Pinterest
AllRefer.com > Pictures & Images > F-15 - Guatemalan International Air Show 2005 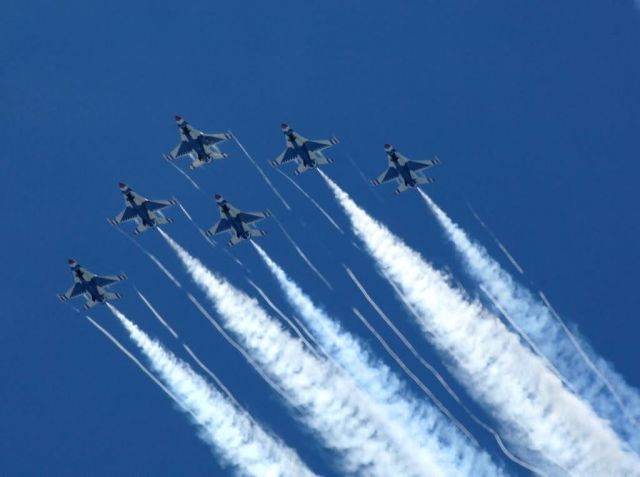 GUATEMALA CITY, GUATEMALA (AFPN)—The Thunderbirds fly over the skies of Guatemala during the Guatemalan International Air Show 2005 above an estimated 20,000 Guatemalans. They performed there Oct. 26. The last time the Thunderbirds were in Guatemala was in 1974. Other U.S Air Force participants included the F-15 demonstration team from Eglin AFB, Fla.; a KC-135 from the New Hamshire Air ational Guard; two C-17s from McChord AFB, Wash., and McGuire AFB, N.J.; and a C-130 from the Puerto Rico ANG.(U.S. Air Force photo by Staff Sergeant Matthew Lohr)