Get Interesting Photos Direct To Your Email
Sign up for our newsletter and receive unique photos for your viewing pleasure!
We hate SPAM and we promise to keep your email address safe.
No thanks, I have already subscribed!
Thank You
Follow Us Follow @allrefer Pinterest
AllRefer.com > Pictures & Images > F-15 Eagles - Bases, aircraft prepare for Hurricane Ivan 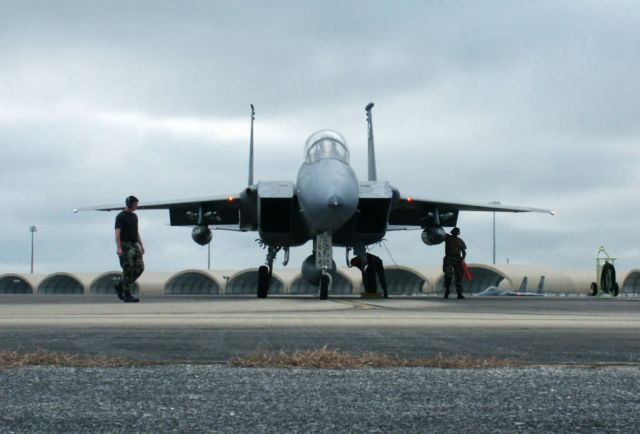 EGLIN AIR FORCE BASE, Fla.—Airmen from the 33rd Aircraft Maintenance Squadron here complete final launch preparations at end of the runway early Sept. 14. About 34 F-15 Eagles assigned to the 33rd Fighter Wing are being evacuated because of Hurricane Ivan. The aircraft will be temporarily stationed elsewhere until conditions at Eglin AFB are safe. (U.S. Air Force photo by Staff Sgt. Robert Zoellner)