Get Interesting Photos Direct To Your Email
Sign up for our newsletter and receive unique photos for your viewing pleasure!
We hate SPAM and we promise to keep your email address safe.
No thanks, I have already subscribed!
Thank You
Follow Us Follow @allrefer Pinterest
AllRefer.com > Pictures & Images > F-15 Eagle - Flying over Idaho 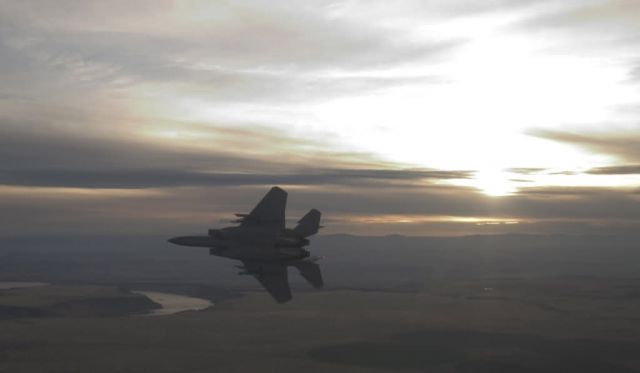 An F-15 Eagle from the 366th Fighter Wing pitches out for landing over Mountain Home Air Force Base, Idaho, Nov. 1. The 366th Fighter Wing began the first phase of its F-16 Fighting Falcon drawdown when five jets departed the base Nov. 2. The departure is part of the wing’s realignment from an F-16, F-15C and F-15E base to an all F-15E Strike Eagle installation by 2011. The move, outlined in the 2005 Base Realignment and Closure recommendation, is also part of the Air Force initiative to become a smarter and leaner force by consolidating its F-15 and F-16 fighter aircraft. (U.S. Air Force photo/Master Sgt. Kevin J. Gruenwald)