Get Interesting Photos Direct To Your Email
Sign up for our newsletter and receive unique photos for your viewing pleasure!
We hate SPAM and we promise to keep your email address safe.
No thanks, I have already subscribed!
Thank You
Follow Us Follow @allrefer Pinterest
AllRefer.com > Pictures & Images > F-15 Eagle - End of the watch 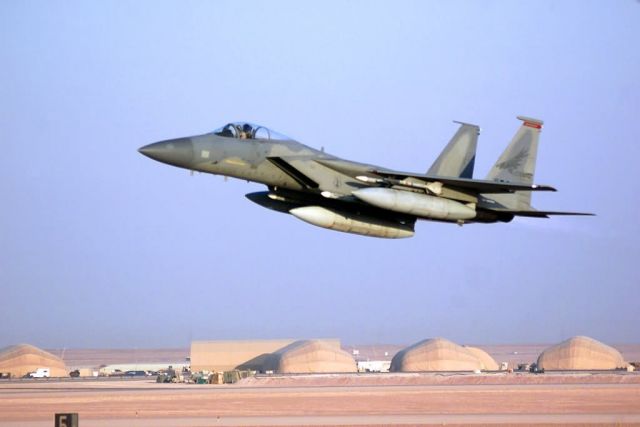 PRINCE SULTAN AIR BASE, Saudi Arabia—An F-15 Eagle takes off during Operation Southern Watch, which was a major operation here for the past seven years. U.S. officials ended an era with the inactivation of the 363rd Air Expeditionary Wing at a ceremony Aug. 26. At the height of Operation Iraqi Freedom, the base was home to more than 5,000 troops and about 200 coalition aircraft. (U.S. Air Force photo by Staff Sergeant Sean M. Worrell)