Get Interesting Photos Direct To Your Email
Sign up for our newsletter and receive unique photos for your viewing pleasure!
We hate SPAM and we promise to keep your email address safe.
No thanks, I have already subscribed!
Thank You
Follow Us Follow @allrefer Pinterest
AllRefer.com > Pictures & Images > F-15 Eagle - American Eagle flies in Swiss sky 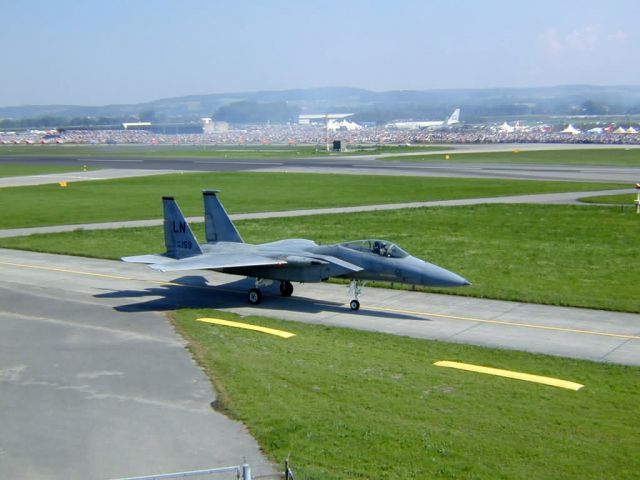 PAYERNE AIR BASE, Switzerland—Capt. Joel Hemphill taxis an F-15 Eagle back to the parking area after his performance Sept. 5 for more than 180,000 people at the Air 04 air show here. This is the first air show in Switzerland in more than 12 years. Captain Hemphill is a pilot with the F-15 West Coast Demonstration Team from the 33rd Fighter Wing at Eglin Air Force Base, Fla. The aircraft is from Royal Air Force Lakenheath, England. (U.S. Air Force photo by Staff Sgt. Robert Zoellner)