Get Interesting Photos Direct To Your Email
Sign up for our newsletter and receive unique photos for your viewing pleasure!
We hate SPAM and we promise to keep your email address safe.
No thanks, I have already subscribed!
Thank You
Follow Us Follow @allrefer Pinterest
AllRefer.com > Pictures & Images > F-117A Nighthawk - Nighthawk layover 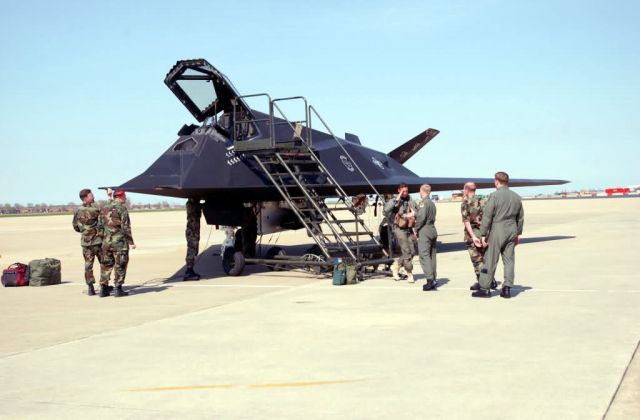 LANGLEY AIR FORCE BASE, Va.—Col. Steve Miller, Commander of the 1st Fighter Wing greets the pilot of one of the six F-117A Nighthawk stealth fighters from Holloman Air Force Base, N.M., that landed here, on their way back to home base, April 14, 2003. The F-117s deployed on the 3rd of February with about 300 support personnel. All personnel are expected to return by the end of the month. The F-117s played a critical role in the first night of bombing, dropping four EGBU-27s on a high priority target. Two F-117s each unleashed two EGBU-27s on a structure in Baghdad on March 20th where Saddam Hussein was believed to be. (U.S. Air Force photo by Staff Sgt. Travis Aston)